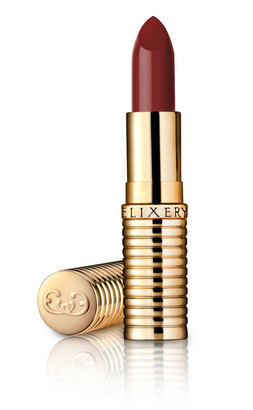 Dessa of Doomtree Launches Lipstick for Charity with The Elixery

Minneapolis, MN (July 11, 2012) - Hip-hop star Dessa of the Doomtree Collective has collaborated with The Elixery to develop a lipstick for release in September 2012. The limited-edition lip color, expertly colored by master makeup artist Crist Ballas, was selected by the star as her ideal shade. Dessa will be donating her proceeds from the sale of the lipstick to educate and empower women in developing countries.

Dessa has a strong commitment to social justice, and she has chosen to donate her proceeds from the sale of this lipstick to CARE, a charitable organization that focuses on empowering women worldwide.

CARE's POWER WITHIN campaign helps to educate girls in developing countries, with a target of educating 10 million girls by 2015. According to the campaign, "An educated girl is more likely to earn greater income, raise a smaller family, have healthier children, participate in political processes, and send her own children to school...Girls truly have the power to change the world, and girls' education provides perhaps the single highest return on investment in the developing world."

Learning to Lead
In India, CARE has an innovative program to help girls who missed out on education early on. They not only master skills - they find their voices and prepare to become leaders in their communities and nation. Get a glimpse inside this extraordinary school with "Learning to Lead," a documentary by photographer and filmmaker Phil Borges.

When Dessa met with The Elixery team, she mentioned that while she loved red lipstick, no shade of red seemed to look quite right on her.

Crist Ballas, an Emmy® Award winning makeup artist with over 30 years experience in film and television, immediately knew how to solve Dessa's dilemma.

At first glance, Dessa's skin tone appears pale, but her Puerto Rican ancestry shines through with golden undertones. Golden and yellow undertones, common in most women of color, often cause red lipsticks to look pink.

Ballas suggested a shade of red for Dessa that was a departure from the traditional blue- or orange-based red, and instead envisioned a red with a yellow undertone.

At the Elixery laboratory, Ballas mixed the raw pigments to create a shade to perfectly complement Dessa's skin tone. Dessa visited the laboratory to test the color, and the color was tweaked to the singer's specifications. Karoline Wells began the development chemistry with some heavy duty reformulating to get the unusual shade to work in a stick.

And finally, the astounding result: A color that looks great on Dessa, but also manages to be universally flattering. Like all lipstick, it looks different on everyone—but it's a color that any complexion can wear.

Dessa is an essayist, a rapper, a speaker, and a proud member of the Doomtree crew - Minneapolis' ascendant hip-hop collective. She is nationally respected as an artist with a dark, fertile imagination, an agile sense of humor, and very keen aim.

Her first full-length album, A Badly Broken Code, was enthusiastically received by NPR, the Chicago Tribune, and the Utne Reader, who called her "a one-woman powerhouse." Backed by Doomtree's stable of talented producers, the record introduced Dessa as an innovative and literary lyricist to audiences around the nation.

Off stage, Dessa has been equally ambitious in her pursuits as a writer, speaker, and thinker. In the first half of 2012, she delivered the keynote address for the Nobel Peace Prize Forum; the commencement address the University of Minnesota's College of Liberal Arts; received the AWARE award for her promotion of gender equality; and completed tours of North America and Europe. In academic settings, non-profit events, or in the spotlight, Dessa presents her ideas with the same frank, wry style that relies on honesty, candor, and an occasional jolt of noir humor.

She currently serves as Artist in Residence for McNally Smith College of Music and will be performing with Doomtree at summer festivals across the country.

Dessa will be donating 100% of her proceeds from the sale of her lipstick (20% of the total profits) to CARE.org

The Elixery is an artisan cosmetic house dedicated to old-fashioned craftsmanship. Founded by chemist Karoline Wells in 2009, we're currently located in a small laboratory in Minneapolis, and everything we do is formulated, developed, and compounded by hand. We spend our time sourcing the finest ingredients to ensure that our products are safe, ethical, and free of animal testing.

Although we're still a small lab, our goal at The Elixery is to create a cosmetic manufacturing facility and bring the dignity of manufacturing jobs back to our shores.

At The Elixery, we stand for a lot of things, but we always remember that makeup is really about having fun.

We believe in the simplicity of beauty, the elegance of science, and the dignity of all people. We believe in gender equity and critical thinking--and we believe that smart is sexy.

A few of the wonderful people who have joined the official Elixery Crew along the way have been invaluable in helping us toward our goal: Rebecca Zenefski, Danielle and Herb Stellner, Antoinette Paczosa, Eamon Coyne, and so many others that have contributed their creative talents to the company.

See photos from the event!


Thanks to our event sponsors:

Thanks to our VIP bag and giveaway sponsors: